How the Taxpayer Bill of Rights Can Save You in 2022

Taxes can be a problem, but they don’t have to be as long as you know a few critical pieces of information. 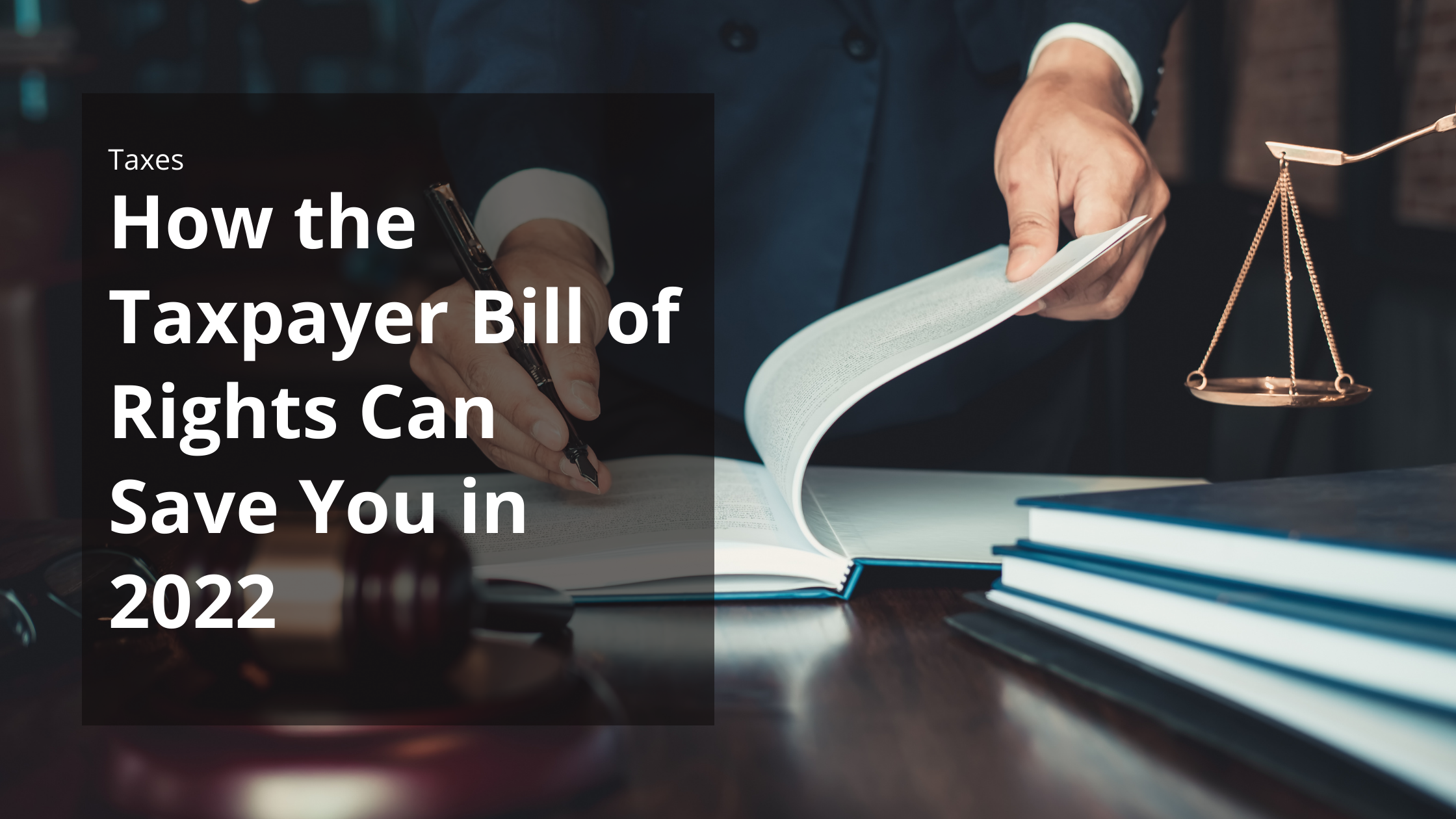 Recently a client came to me with a seemingly impossible situation. Luckily for him, I was able to solve his problem using something called the CRA’s Taxpayer Bill of Rights.

What is the Taxpayer Bill of Rights, you might ask? I’ll be breaking down just that, so read on!

The Taxpayer Bill of Rights in a Nutshell

The CRA Taxpayer Bill of Rights is a document that the CRA says guides the way they do business. While these rights are not (currently) enshrined in legislation, they nevertheless are supposed to guide the CRA and its dealings with taxpayers.

A very important addition to them was made by a friend of mine, former Revenue Minister Kerry-Lynne Findlay. It was a good one because it said that you have the right to make a service complaint against the CRA without fear of repercussions.

Most CPAs hardly know about the Taxpayer Bill of Rights. To the untrained eye, it just looks like a fluff piece to make the agency look nice, but it’s actually powerful. Let me tell you why.

In this situation, the taxpayer simply requested to have a loss carried back. The initial request was mishandled by the officer managing the case. Had the officer made a simple phone call to gather facts, the request could have been properly handled. His mistake resulted in a $3000 reassessment.

The way they processed it was very suspect because it resulted in an amount owing to the CRA without the courtesy of calling the client first to propose the damaging reassessment.

How the CRA Taxpayer Bill of Rights Came In

Once I was familiar with the issues, I prepared a letter to send to the appeals officer, pointing out the errors. While I was doing my research, I referred to the CRA Taxpayer Bill of Rights. While this was happening, I decided to call the appeals officer, and I got to speak to him.

The appeals officer immediately became fixed in his position, which was awkward because I already knew he did not read the file. Had he done so, he would have immediately realized that the reassessment officer made an error. Another possibility is that he did read the file but didn’t understand it.

The CRA Is Stubborn but Beatable

The appeals officer was not liking the conversation we were having and was particularly defensive of the reassessment officer. He did not know about the CRA Taxpayer Bill of Rights, and when I quoted several of them, the conversation came to an abrupt stop.

I followed up the conversation with a letter containing the background info, invoking the CRA Taxpayer Bill of Rights and which of them had been violated.

I requested the letter be reviewed by the Appeals Officer’s Team Leader, and that Team Leader’s Manager, thereby removing plausible deniability as a reason for the CRA to not do the right thing. More importantly, it got us a wider audience inside the CRA.

Several days later, we received a call from the Appeals Officer to inform us the proposed reassessments would be reversed.

By quoting this right and insisting a CRA Manager review the issue, the CRA realized the mistake.

2. You have the right to be treated professionally, courteously, and fairly

By quoting this right, we pointed out that the client’s original request for a carryback was mishandled.

3. You have the right to have the costs of compliance taken into account when administering tax legislation.

It would have taken our client a lot of time and money to produce these relative relics.

Hiring a tax audit accountant can significantly help you keep track of your business’s financial position. Knowing your numbers allows you to maximize savings and profitable opportunities and avoid costly mistakes long term.

Are you a small business owner or freelancer looking to grow and sustain your business?

To book a free meeting, call 604-240-6173 or email me at andrew@gatewaytax.ca. I can answer any financial or tax-related questions and help you set a profitable financial plan. You can also visit the Blog for additional tax-related resources.