There’s no denying executives get performance bonuses, but the question is: Is there a connection between tax audit yields and CRA executive bonus pay? 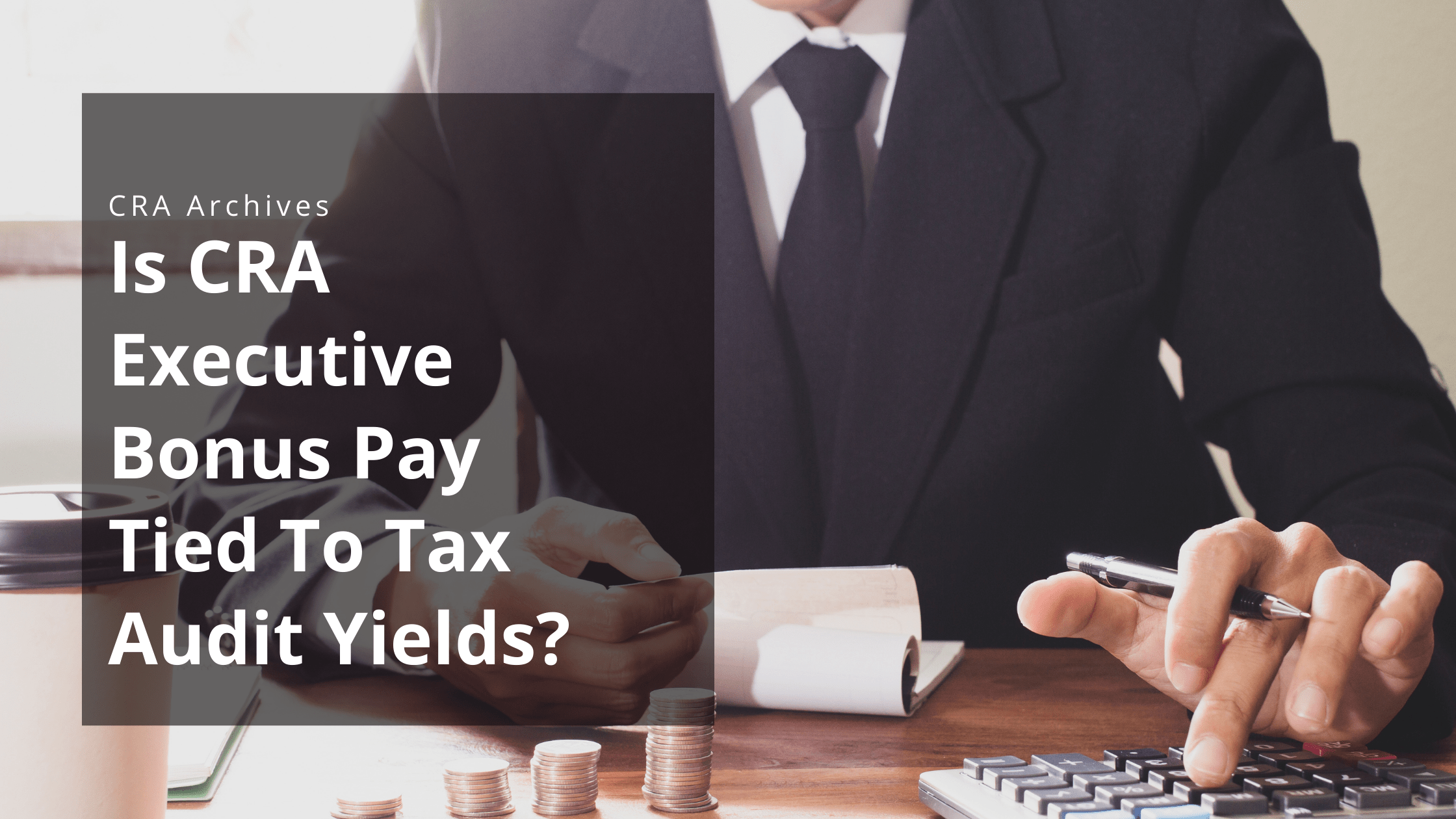 Another year, another CRA public outreach survey, asking the business and the accounting community for its opinions about CRA and what CRA can do to improve.

I don’t bother completing their surveys anymore because I know that the problems with today’s CRA are rooted in an executive bonus culture that only cares about how much money the audits bring in.

I know this because I was a CRA auditor for 25 years. Revenue Canada hired me as one of the first GST auditors when I was 24 years old. At first, my employer set no guidelines about how much money it expected us, the auditors, to bring.

Since the government needed public acceptance of the new tax, we enjoyed an initial honeymoon period. Plus, as new auditors, we were taught that we use education and enforcement (penalties) but always try education first.

But around the turn of the millennium, Revenue Canada, a government department, became the Canada Revenue Agency. Soon a much larger income tax department gobbled up the small GST organization where I began my career.

In addition, Canada Customs, the other major money-making department, also transformed into an agency. So, ultimately, we went from a department that served the public to an agency run like a corporation.

With this came a new approach that benefited management more than the people. These changes led me to suspect a connection between CRA executive bonus pay and audit yields.

Auditors were under much greater pressure to produce assessments. Heaven forbid we came back to the office with nothing.

Getting assessments was surprisingly easy. I had no problems finding them, and I never came back empty. But at the same time, I felt that the things I was assessing were honest mistakes and often misunderstandings and confusion with the tax code.

About 12 years into my career, new management told us that because so many of our audits result in assessments, the businesses we were auditing must be making mistakes on purpose. With that, the gross negligence penalty became the norm.

More aggressive application of the gross negligence penalty is how the CRA can increase audit yield. Originally designed as a last step, the agency now applies this nasty monetary penalty by default.

I’ve found that auditors use gross negligence much more frequently. Also known as the “knew or ought to have known” penalty, it was initially the last resort. Generally, gross negligence is the final step before a criminal case, which is very expensive and resource-intensive.

If only there were a gross negligence penalty for CRA executives who fudge their statistics to max out their bonuses.

Over the years, I’ve found expanded audit periods that exceed the “1 + 1” rule. As far as I know, this rule has remained unchanged since its introduction in 1996. It states that the audit period for a new income tax audit shall be the last year filed and the year before that. For GST, it is the last two years plus anything filed so far in the current year.

Incentive programs can be good things, but they come with moral hazards. This is probably why auditors themselves, at the bottom of the organizational chart, don’t receive bonuses based on how much money they bring in from audits. The public would not tolerate it.

Suppose I am wrong about this, and CRA executive bonus pay doesn’t hinge on the results of business audits. In that case, CRA should have the capacity to prove it. Until then, the agency’s customer service will continue to deteriorate. Additionally, more businesses will find themselves caught up in lengthy appeals as they try to reverse excessive audit assessments and penalties.

For more tax help and resources, visit the Blog.