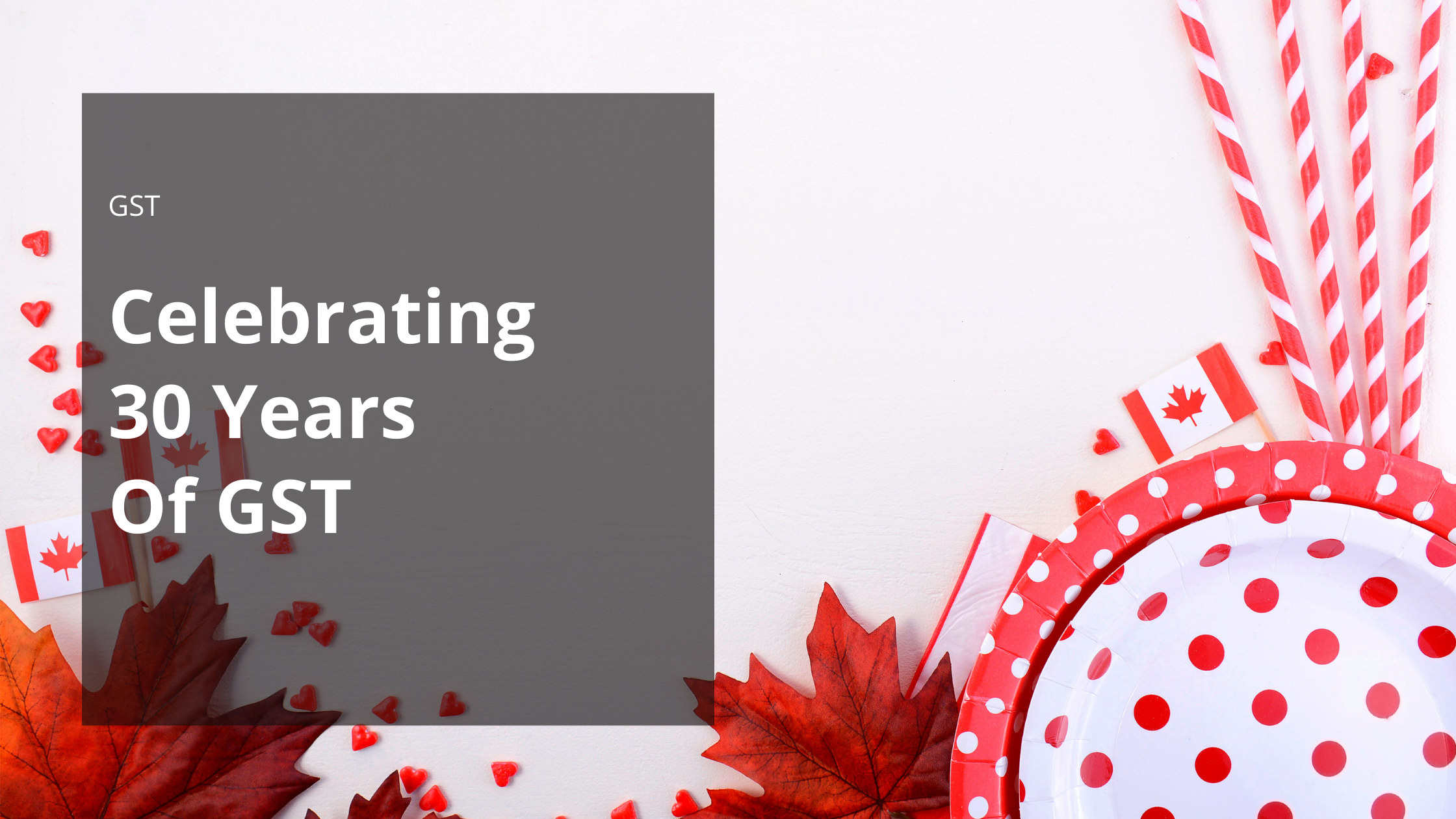 January 1, 2020, marks the 30th anniversary of the Canada Goods and Services Tax Act. With deeper roots than its younger sibling, income tax, the GST was designed to slay a $360 billion debt, which, at the time, seemed to run rampant.

Despite many protests, the GST came into force on January 1, 1991. Many people believed it was a revamp of a tax on consumption that had its roots in Prohibition. I remember my 15 seconds of fame on CKVU News Vancouver. One of their reporters had a cameraman climb a ladder to records the goings-on in the “secret new tax office”. In actuality, I had called into the station to talk about the new law.

A Brief History of the Canada Goods And Services Tax Act

One of my earliest childhood memories was the passage of the UK’s value-added tax system in the 1970s. Later, in the early 80s, the world was shocked to hear how financially dire things were for New Zealand.

The country was terribly in debt and circling the drain so in 1986, New Zealand enacted a GST system just like VAT in the UK. In 1987, reports come in about how New Zealand turned itself around thanks to its new tax system.

The same year, Vancouver hosted Expo 86, which a 2016 Vancouver Sun article referred to as the “start of the young city’s transformation from a sleepy little town into the international metropolis it is today.” However, it also created a $311 million deficit, which was compounded by Canada’s substantial infrastructure spending. In 1988, Canada found itself not only facing a never-before-seen debt but rampant debt.

In response, the government passed Canada’s Goods and Service Tax Act in 1991. This timely change ultimately became my career. For 24 years I worked on the inside as a CRA auditor, then six years on the outside as a CPA.

So did the Canada Goods and Service Tax Act work? It depends on who you ask. According to the Canadian Taxpayers Federation, the country faced a $363 billion deficit at the time of passage. Now, Canada’s estimated debt as of the date I published this blog is $1.007 trillion.

Future Of GST In BC

The Canada Goods and Services Tax Act is much more business-friendly than the BC PST. That’s because the PST system makes major capital purchases too expensive, except for certain industries that receive exemptions. Additionally, the PST system is also very demanding and requires tax returns every month no matter the size of the company.

Despite my admiration for the GST as a well-designed consumption tax, I also know how complicated it can be. I left the CRA to help people, especially new businesses. To talk to a sales tax expert about your situation, book a free 30-minute meeting. Call 604-240-613 or email andrew@gatewaytax.ca.