Is Auto-fill My Return As Easy As It Seems? 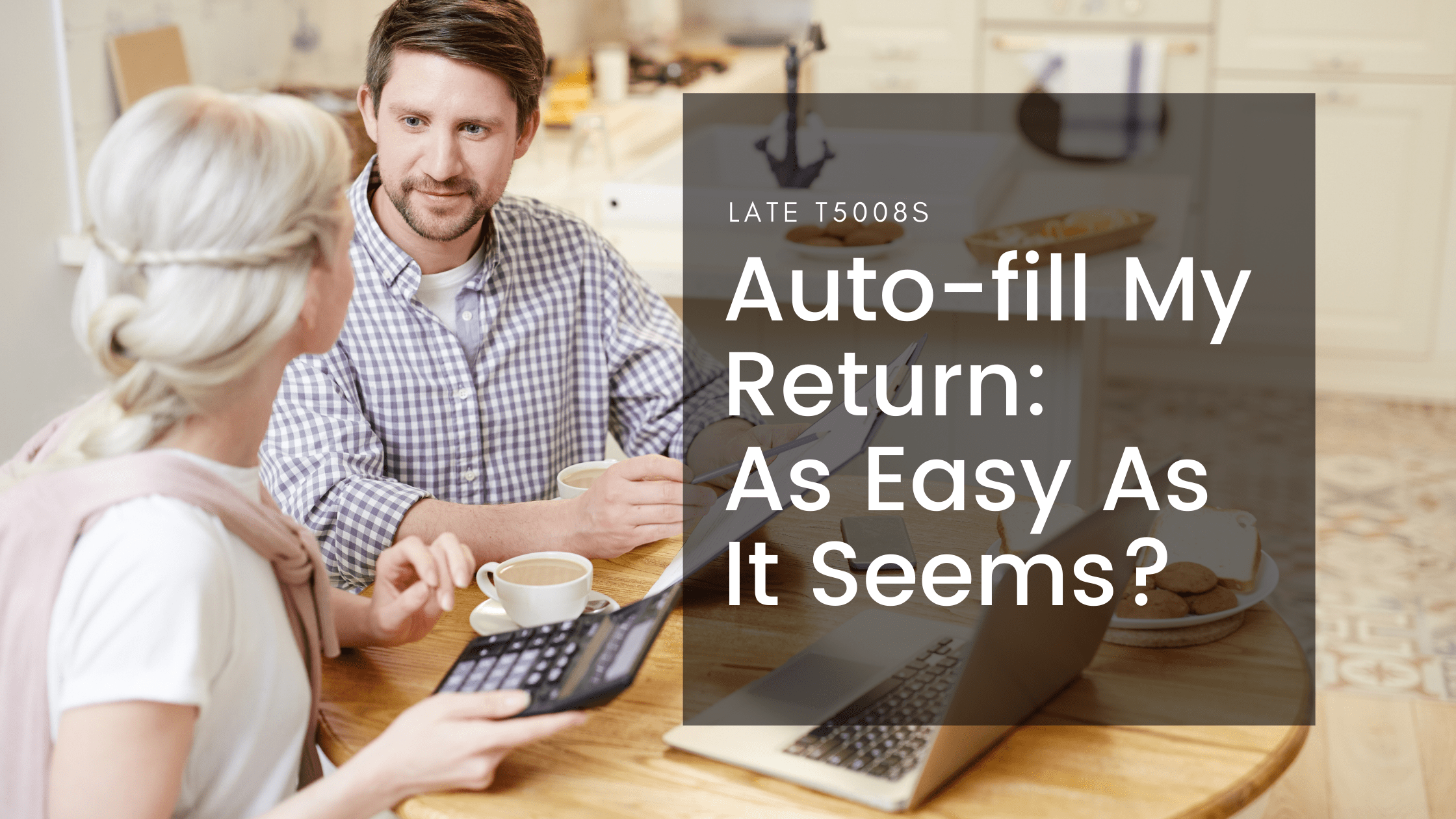 Did You Use Auto-fill My Return & Get An Unexpected Tax Bill?

For a long time now, I have filed my mom’s income taxes on her behalf. She never loses things, so when the unthinkable happened in the 2017 tax year, I relied heavily on the CRA Auto-fill My Return service.

This service made preparing my mom’s income tax return a breeze. Although it was a little unsettling to think how much information the government receives about taxpayers.

The CRA happily accepted her return well before the April 30 deadline. Their assessment remained the same until she received an unexpected bill from CRA for $173.

The reason? The unreported sale of a security.

We didn’t know that the info the CRA receives only reports proceeds of disposition on a sale of securities. Not only that, but this wasn’t the only disposition mom had in 2017.

The other securities we knew about and reported were based on what AutoFill provided us. So the unreported sale in question must have been a “Johnny Come Lately” that Autofill My Return knew nothing about until after we filed hee tax return.

The bill my mom received for $173 only reflected the proceeds of disposition but not the cost of the security when she bought it in the first place.

Why Doesn’t The CRA Need T5008 Issuers To Report ACB?

First, it isn’t to their advantage. CRA Executive bonuses rely on statistics about taxes collected. Besides, they know most people will pay the bill.

Second, determining the cost of a security, or a particular block of securities sold as a part of more significant holdings, can sometimes be subjective and difficult to report accurately.

Even if there were some way to report ACB accurately on T5008 Forms, it would always be important to check the accuracy of the reported figure or pay far too much tax on the capital gain.

Be Careful When Using Autofill My Return

Has CRA reassessed you (or your mother) for selling shares she forgot” to report? Likewise, how many great-grandmothers are getting these unpleasant, overstated surprises from the CRA?

How many people (or their representatives) accept AutoFill figures when filing their client’s returns? I estimate that one-third of taxpayers (or their reps) accept their assessment without verifying if the CRA accounted for their cost base.

Don’t put yourself or a loved one through the stress of a CRA audit or costly tax bill. Instead, call 604-240-6173 and set up a free appointment. As a former CRA auditor, I’ll help you avoid these headaches. That way, you can focus on what’s most important to you.